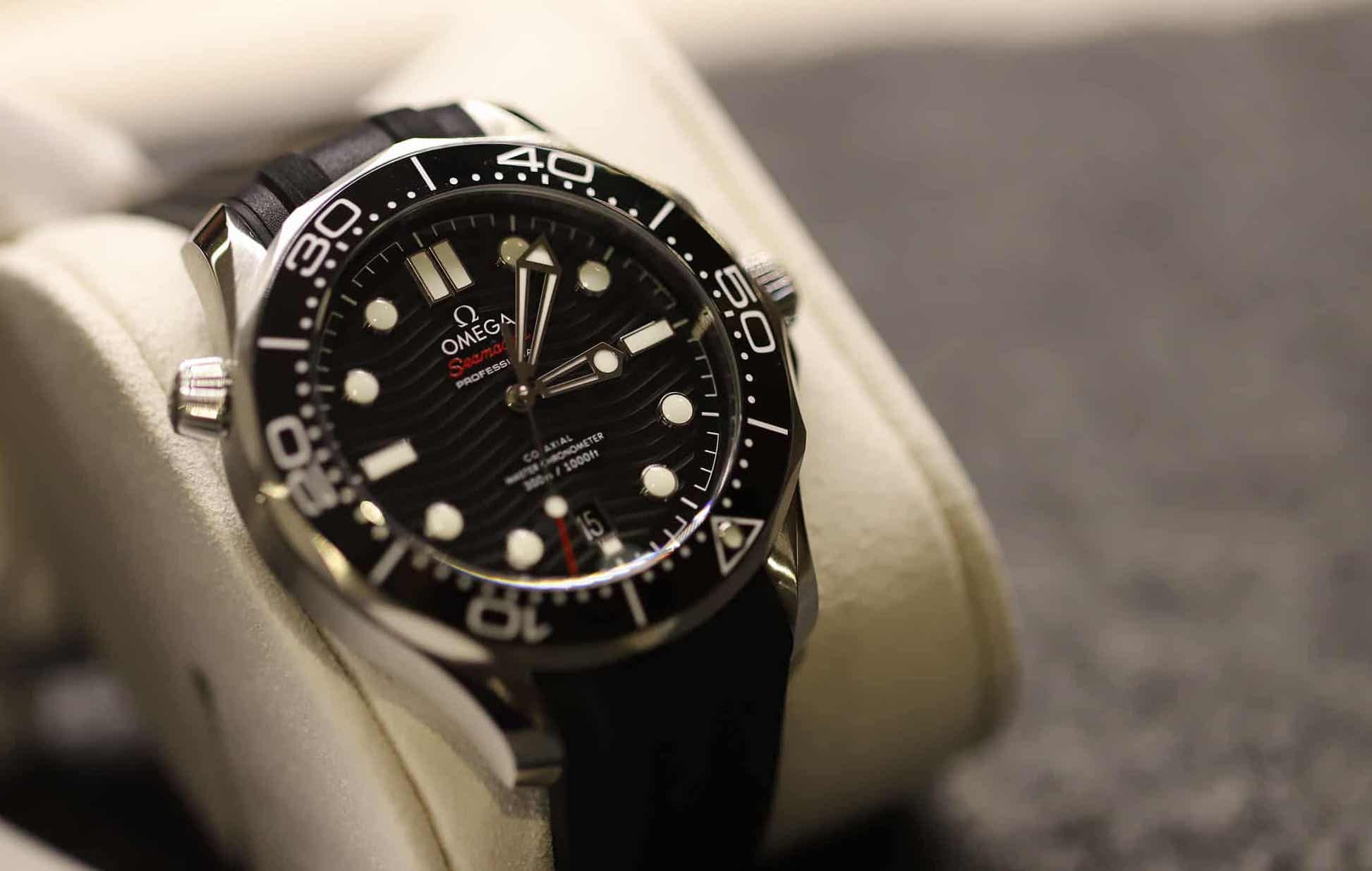 The fact that Omega can alter so many aspects of the 300M’s iconic design while keeping the beloved aesthetic totally intact is testament to the brand’s design prowess. When your watches are masterful culminations of decades of innovation, it makes sense to slow down and refine a good thing. That combination of innovation and reverence is exemplified in the new Omega Seamaster Diver 300M Co-Axial Master Chronometer lineup for 2018

Thank goodness Omega has the sense to leave the case (largely) alone. The lugs are gorgeous enough to lock in that design for decades, which they’ve done, and the incredible scalloped-edge bezel also remains unchanged. Phew! Generally, the proportions are just about the same, though the new Diver 300 picks up 1mm in diameter, bringing the watch up to 42mm across. The big changes for the 300M come in materials and subtle design nudges—all in the right direction, leaving the new diver looking fresh but not overly reworked.

Always a delightfully asymmetrical watch due to the helium escape valve at 10 o’clock, Omega has moved the date window from three o’clock down to six. While this date window relocation doesn’t make the watch more symmetrical, exactly, it does draw the eye down the center of the watch, elongating it visually. This move also quiets down the horizontal axis, where we see the return of the lovely wave dial, this time with a more swoopy and spacious pattern that’s laser-etched into the face. This larger wave pattern is both more prominent and less busy than its predecessors.

Omega furthers the spacious and clean lines of the 300M’s dial by raising all indices and filling them with Super-LumiNova. On previous models, Omega had bored into the dial in order to lay on their extra-thick, and slightly sloppy, lume-mounds, but here they achieve the same depth of lume in a much tidier fashion. The subtle shadows cast by these indices adds three-dimensionality, especially when viewed off-axis.

The hands are also reworked, and they echo the indices perfectly. In either rhodium plated 18K gold or blued steel, these are some of the most unique and complex hands out there today. However, because Omega snuck up on that design over the past 25 years, these hands look familiar while being quite thoroughly refreshed and totally modern.

The ceramic bezel doesn’t look much different—thank you very much, Omega—but they have introduced both Ceragold and white enamel for the diving scale, the latter of which Omega claims will stay whiter longer. These tiny bezel changes prove again that Omega knows where to stop the innovation and bow down in reverence to their past successes.

Omega has also subtly transformed the helium escape valve at 10 o’clock into a conical shape. This distinguishes it more decisively from the crown and sends the asymmetry into greater relief against the newly emphasized vertical axis. This is fascinatingly deft design.

Behind the rear sapphire window is the Master Chronometer Calibre 8800, the latest iteration of Omega’s storied Co-Axial automatic movement. Omega’s Master Chronometer program is only four years old, but last year they built a new factory capable of continuing this ambitious program that has set the highest standards in the industry. The in-house 8800 movement is, Omega claims, more precise and less susceptible to magnetism than any previous Omega movement.

Available on both a refined version of Omega’s steel bracelet or a newly designed integrated rubber strap, these watches can go from the dive boat to the martini bar with the same elegant ease that they have since Pierce Brosnan saved the world doing just that 25 years ago.

Omega will roll out 14 new versions of the 300M this year, with six in stainless steel and eight steel/gold two-tones (a ratio that suggests the two-tone trend has been doing well for Omega). There will also be a limited edition titanium/gold version. Whoever plays James Bond next will, I hope, be sporting one of these new Omega 300Ms—I’ll go for the blue on a rubber strap should I get the gig. The new Omega Seamaster 300M Co-Axial Master Chronometer Collection