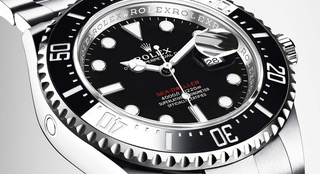 Did you know: The early 1960s saw the emergence of scientific projects to create underwater dwellings. The name Sea-Dweller, given to the ultra-resistant divers’ watch developed by Rolex in 1967, alluded to these projects. One of the most ambitious underwater habitat programmes, named Tektite, was set up in the United States in 1969. Four American “aquanauts”, equipped with Rolex watches, spent a record 58 days living and working under the sea. In 1970, the programme continued with Tektite II, an all-female mission that included marine biologist and explorer Sylvia A. Earle, today a long-standing Rolex Testimonee.